Chitty Chitty Bang Bang(CCBB), a new gastropub opened up in the heart of Koramangala; Sony World area. Named after the famous 1968 British musical fantasy film, it aims at being the one stop destination for Karaoke Nights and live performances. One quick chat with the founder, and he gave me a list of the upcoming events, including some of the very best stand-up comedians in India!! 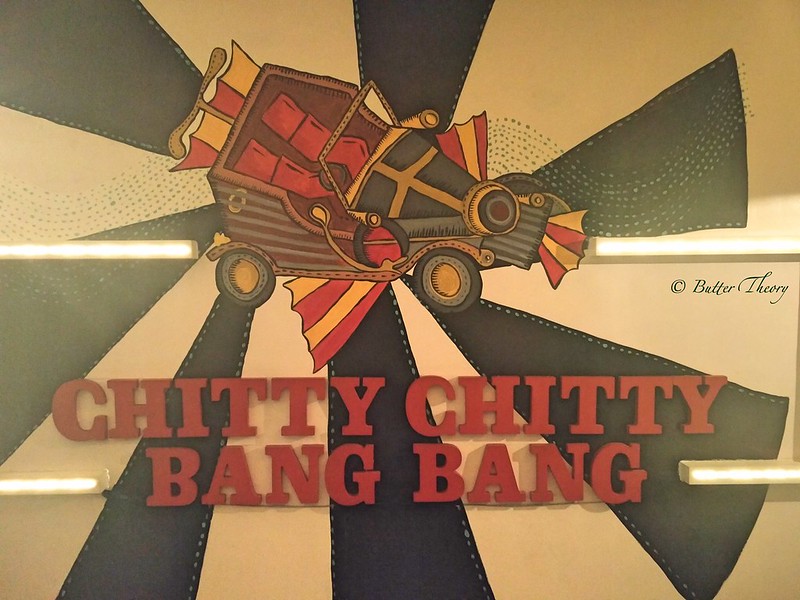 CCBB will be a good place to unwind after a hectic day at work. It’s not just a place where you can grab a quick drink and bar grub, but also a place that’s going to provide you a very unique ambiance that’s sure to enthrall you 🙂 A rooftop dining is the preferred option nowadays and CCBB ticks that box and has made use of the space very intelligently. At the epicenter is the stage where performances happen. There’s some seating upstairs, behind the stage if you want to escape all of this commotion 🙂 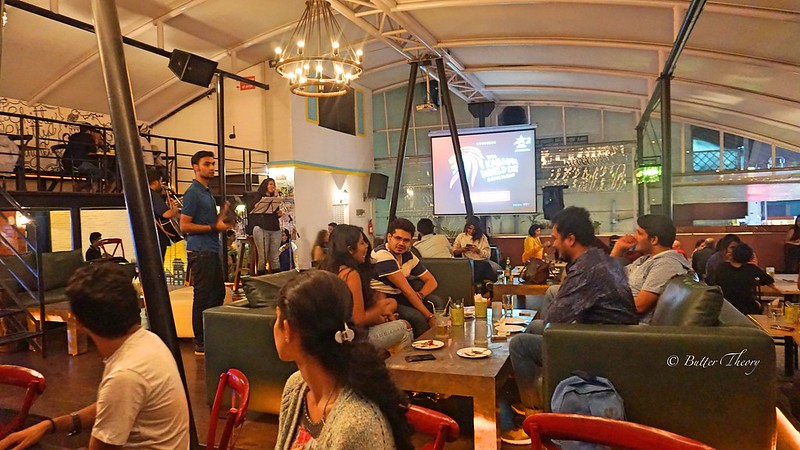 Let’s dive into the food ad beverages bit of it 🙂 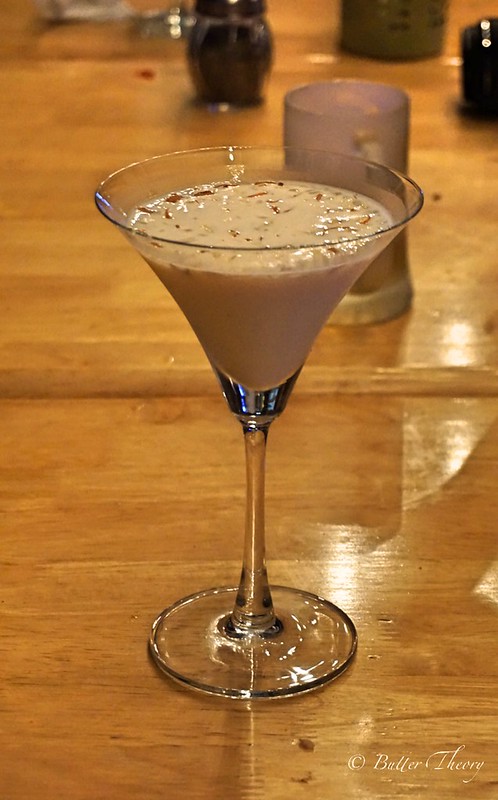 They have a few full bar setup and they bring to you a few quirky cocktails apart from the regular stuff. I tried a cocktail with kiwi and I loved it 🙂
I also happened to try a red wine sangria, which was quite well made! There was another drink by the name Hot City, that was spicy and potent 🙂 Another interesting cocktail was called Old Man, it was made with Milkmaid; very unique but it’s not something that everyone might like 🙂 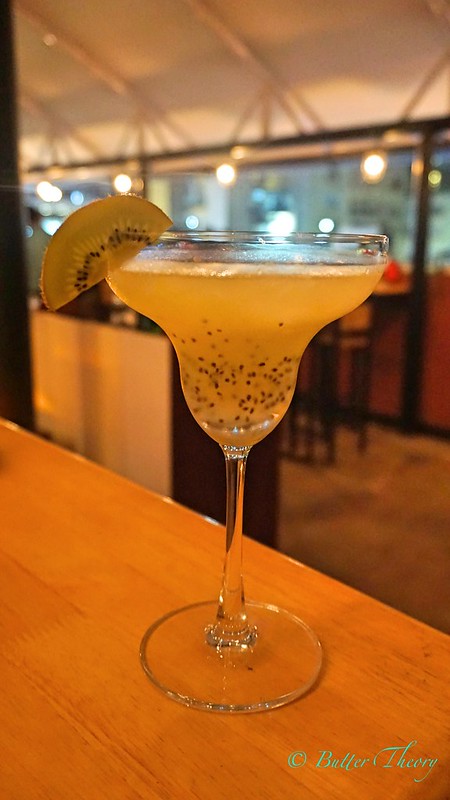 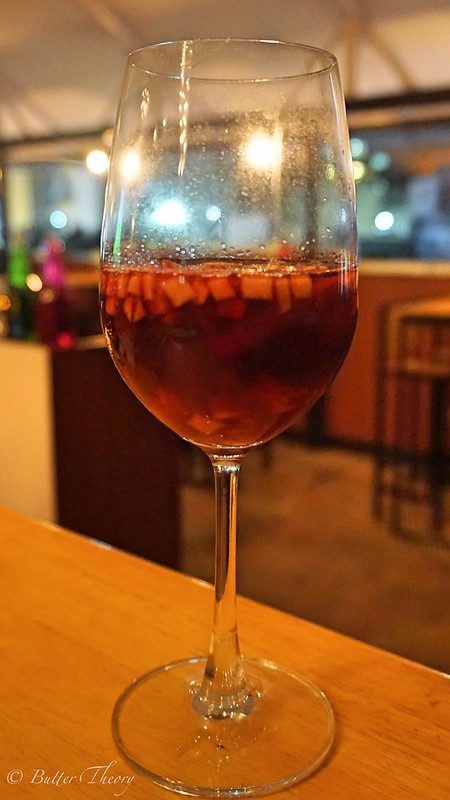 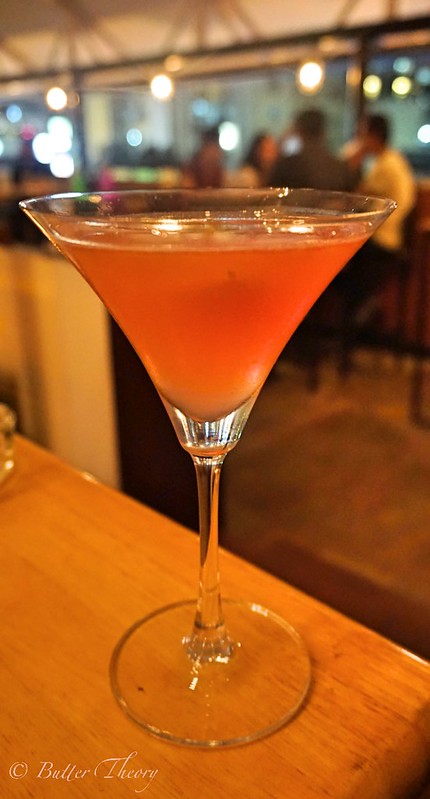 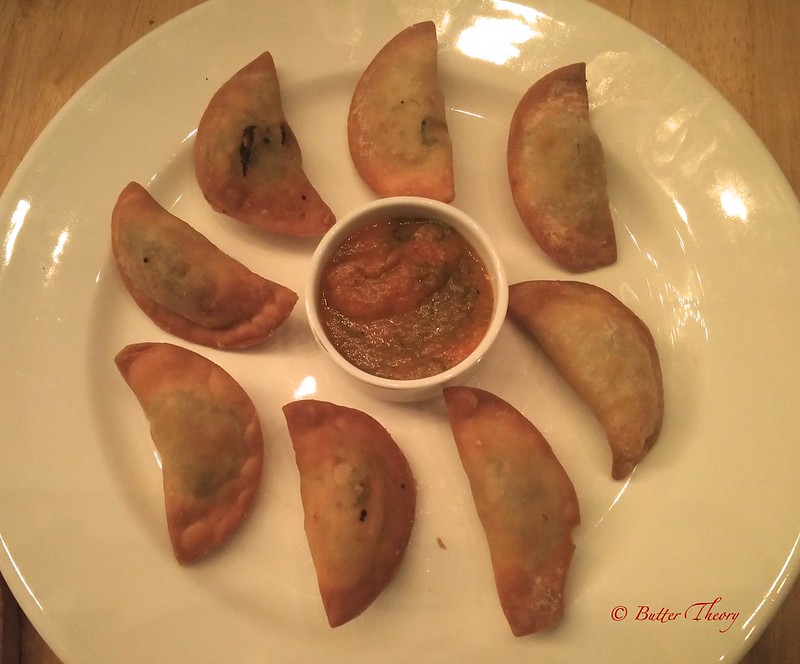 With the weekends getting all the more busier, you end up visiting more than a couple of places for a meal!! I walked in a bit late to this meet and missed this appetizer. But my good friend suggested I order a serving of this and that was the best tip ever 🙂 I absolutely loved this dish. It had a crisp outer envelope with a spinach n cheese filling on the inside. I couldn’t help myself from finishing the entire plate 🙂 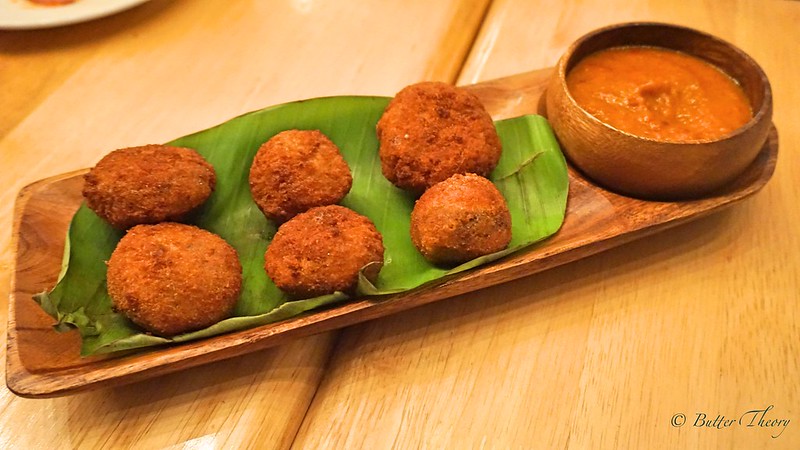 A match made in heaven for those in love with mushrooms. I’m not a big fan of mushrooms, so I probably wouldn’t order this one the next time. But, the gooey cheese and mushroom combo was delightful. It’s loaded with jalapeno peppers to add spice to the dish 🙂 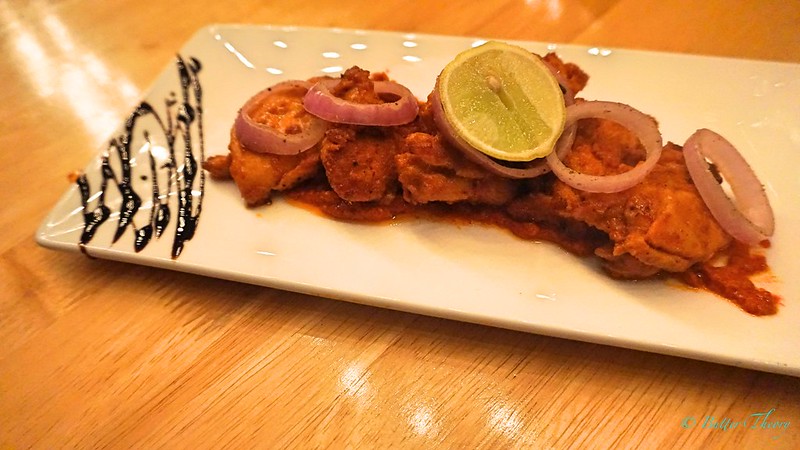 This is the house special dry chicken dish. Diced chicken with their secret sauce is a must try for the chicken lovers 🙂 It had the right spice levels. 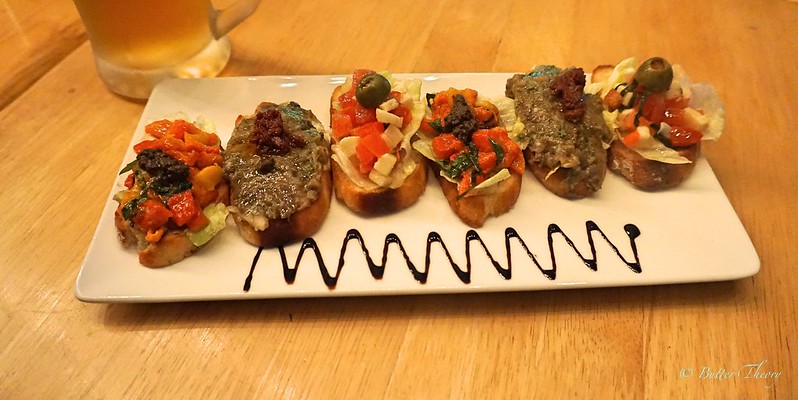 An assorted veg bruschetta with bell peppers, mozzarella, tomato salsa, feta, eggplant toppings! I picked the one with the mozzarella topping and I thought this was excellent 🙂 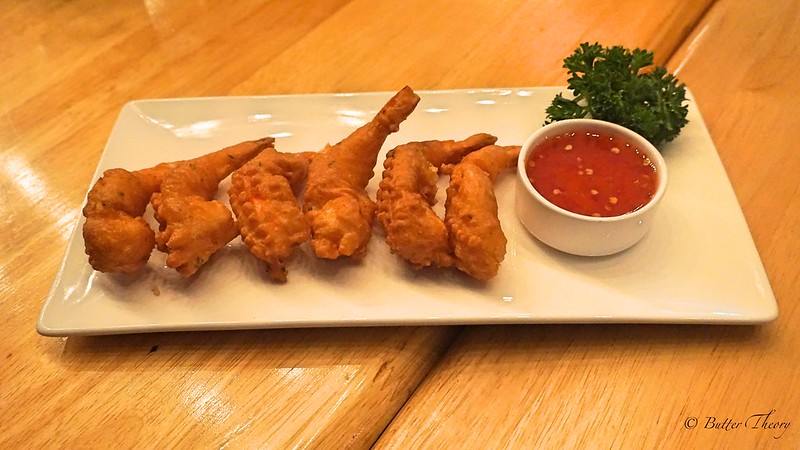 Straightened prawns dipped in tempura batter and fried. This dish has so much potential, but very little margin for error. It was cooked a little under and was oily. However, the sweet and chilli sauce was quite good! 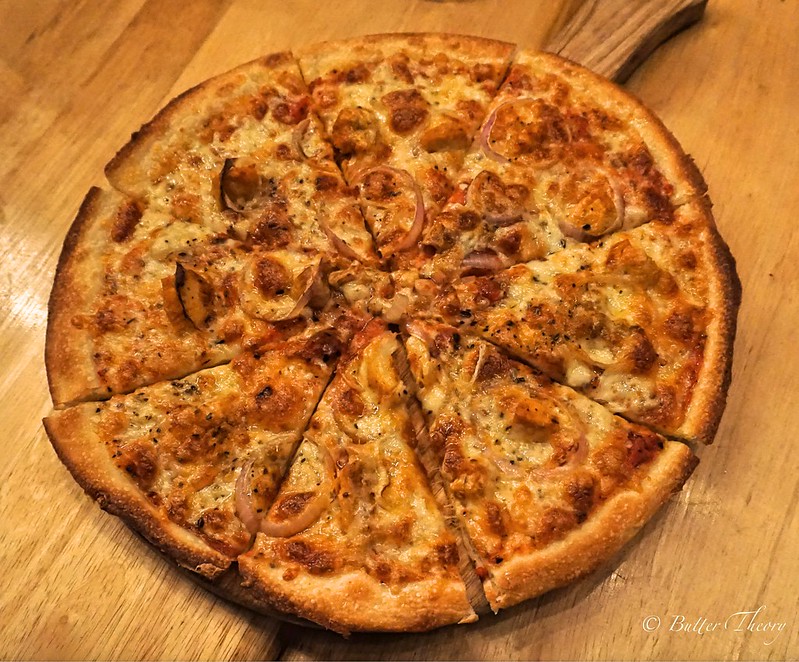 They have a small selection of pizzas, but they’re the pretty good. I had a slice of the tandoori chicken pizza. Wood fired, hand tossed toppings, wholesome and delicious 🙂 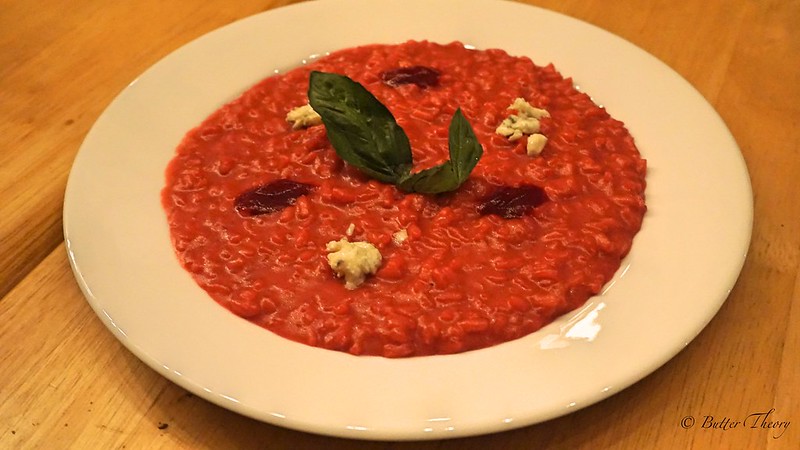 Arborio Risotto rice cooked with beetroot juice and butter, topped with gorgonzola cheese. A beautiful creation indeed 🙂 I am a big fan!! 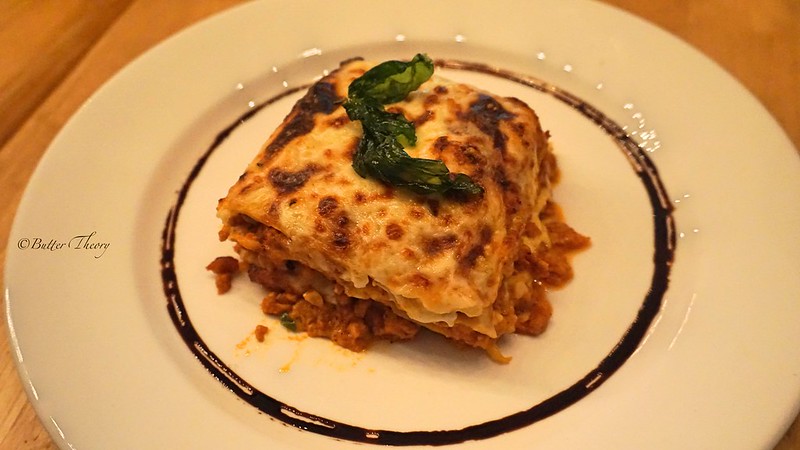 This dish tasted way better than it looked! I’m used to being served a lasagne in a glass bowl with oodles of cheese. But this was different, served on a plate with as little cheese as possible. But, that probably was the difference that made it taste good! 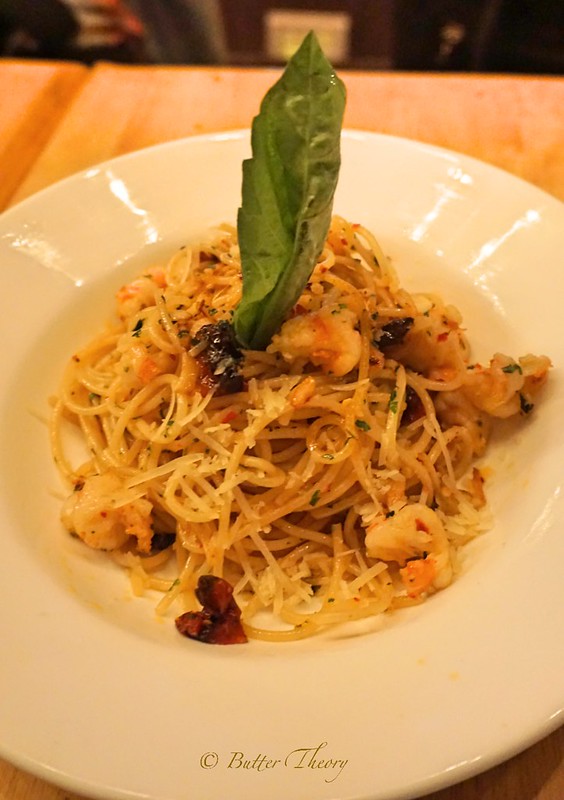 Spaghetti with shrimps, rose garlic, sundried tomatoes, chilli flakes finished with parsley and olive oil. I thought this dry and the shrimps weren’t as flavorful as I would have like it. This dish could be better! 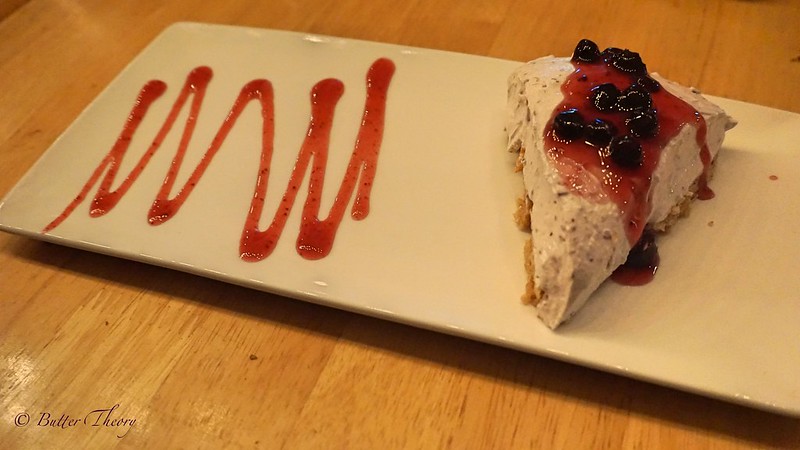 My favorite dessert is a nicely done Blueberry cheesecake! I had the chance to try the one at CCBB. The sauce was excellent, but the cheesecake itself lacked the finesse in terms of the consistency. The taste however was just about average. 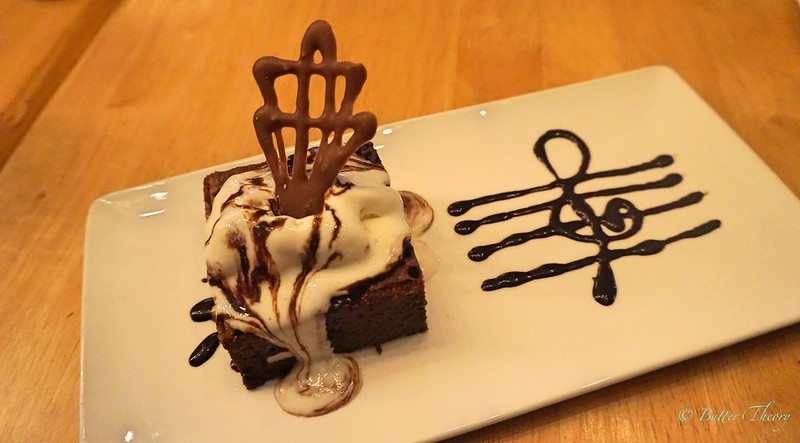 I thought that inclusion of this on the dessert menu is quite obvious. A lot of people love a warm brownie with vanilla icecream. It was a decent try from CCBB. I thought the brownie could have been richer and the icecream a bit more dense.

I believe that after a long day at work, all you’d need is a place to unwind and CCBB is just one of the many options in Koramangala! But what makes this place a better choice is the unique ambiance that it presents to you. Also, strategically located at the end of Koramangala, it opens doors for people who live in Indiranagar. The staff here is very cheerful; they had a humorous way of presenting and explaining dishes, when asked! The pricing is very about 1200-1400 INR for 2 people, which isn’t such a bad thing after all 🙂 Head to CCBB as soon as you can 🙂