Hunan, a Chinese restaurant is a recipient of ‘Times Food Awards’ in the category of Best Chinese! When they can do this not once, not twice, but four times, you’ve got to take them seriously 🙂 Hunan is primarily known for it’s amazing soups, Dim sums and Szechwan noodles! Bangalore has received it’s fair share of the monsoons, this year! When it rains cats and dogs, what we all yearn for is some hot soup and company of friends 🙂 I joined some of my friends on a Friday evening, when the whole of Bangalore had come to a standstill due to the traffic. Hunan is running a Soups and Dim sums festival, which is probably the best thing to have happened during this time of the year 🙂 We were here for the pre-launch of this new menu. 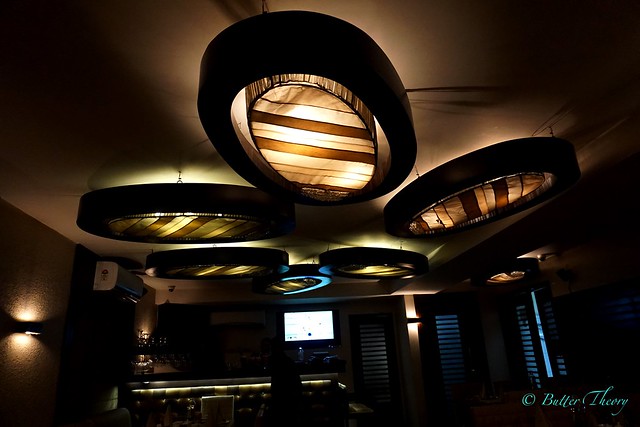 Hunan is located in the food hub of Bangalore; Koramangala as well as what is sure to be next Koramangala in the making; New BEL road! The outlet that I visited is the one in Koramangala. It is near the Jyoti Nivas College, in 5th block. If you’ve been to the iconic Empire restaurant, it’s diagonally opposite to that. It is also next to the Biriyani mogul Meghana Foods.
Let me give you one last way to spot Hunan ; It’s opposite the California Pizza Kitchen and Black Pearl 🙂 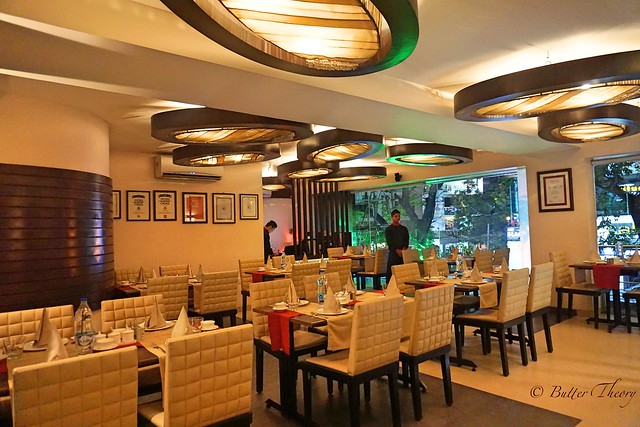 The ambience here is very warm with soothing interior colors and minimalistic design. It is a family restaurant and the crowd here is quite elite 🙂
The seating is pretty comfortable with 3 tables having a sofa on one side. Rest of them are just with chairs. If you’re with kids, make sure you get the one with the sofa! 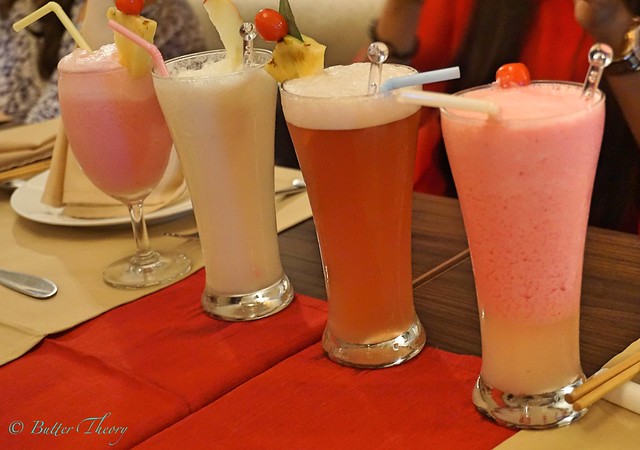 Hunan doesn’t serve alcohol which reinforces the whole family restaurant concept. We tried several of the mock-tails( if there’s anything by that name ;). It’s just cocktails without alcohol in them!!
Some of the ones we liked were Triple shake, Irish beauty, Pink panther, Virgin mojito. My personal favorite was the Triple shake which was a kiwi and watermelon based beverage. I couldn’t help but suggest everyone to have that and have two of those myself 🙂 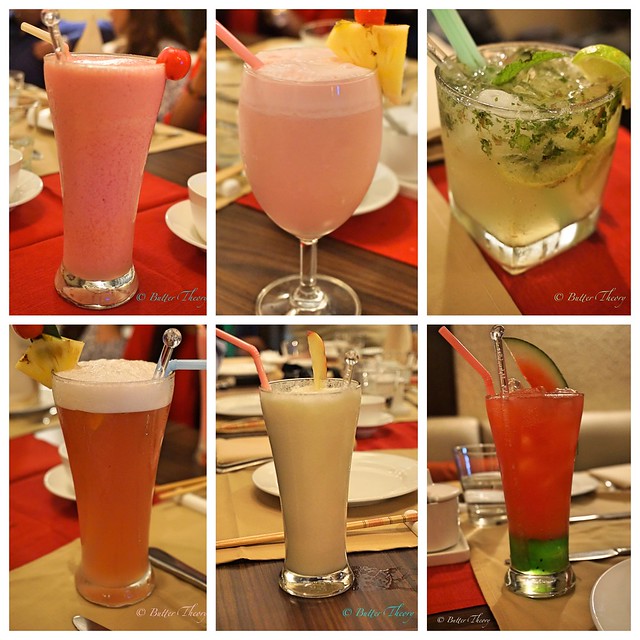 While you’re waiting for your food, have some jasmine tea 🙂 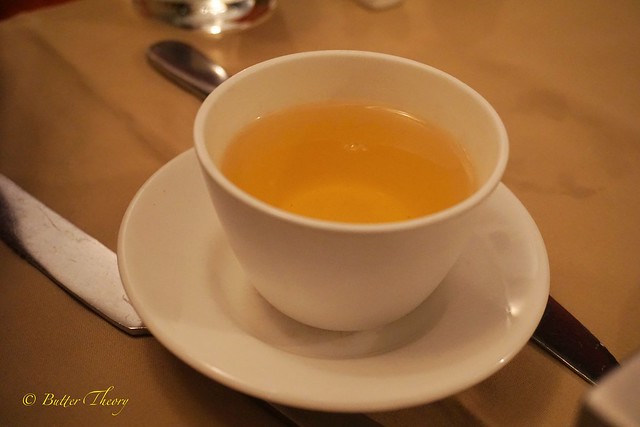 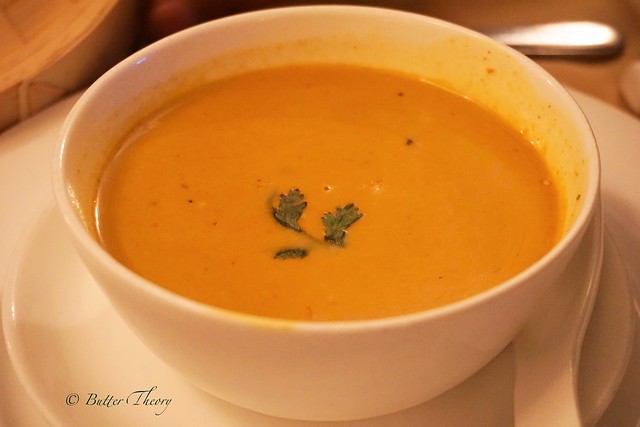 The Sweet potato and carrot soup is a Thai based soup. It’s made with coconut milk. The vegetarian soup had some great flavors and bits of carrots. There were some peanuts added in it for the crunch. There was an interesting addition of lime too 🙂 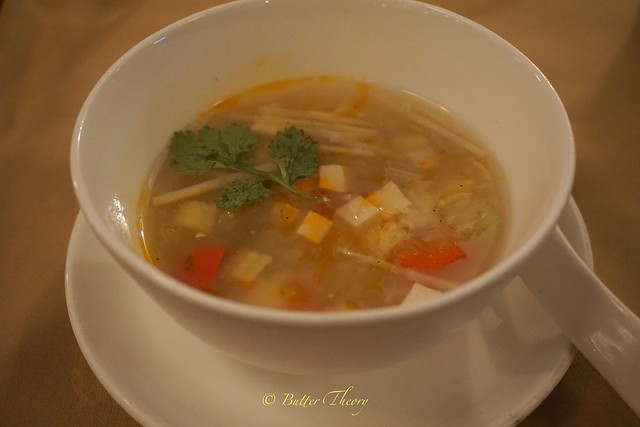 Sweet n sour tofu and crab meat soup was the best soup of the night for me! The sweet and sour flavor is something I crave for! The tofu was on point and the crab meat was quite delicious. I would have liked the corn to not have been part of this. This is a must try and I’m sure you will not regret it. 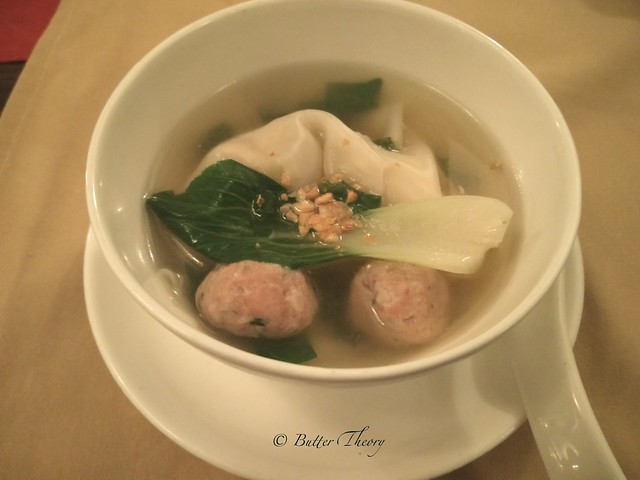 Chicken meatball with prawn dimsum soup was a very innovative soup. To have two elements in one soup is rare to see. The oh-so simple looking chicken meatball was far from simple. There was a whole lot of magic going on in my mouth when I tossed one bite sized ball in my mouth! The prawn wontons were not so nice and didn’t quite please me. The soup was of good consistency and mild in heat!

Eating dim sums is sure to bring good luck 🙂 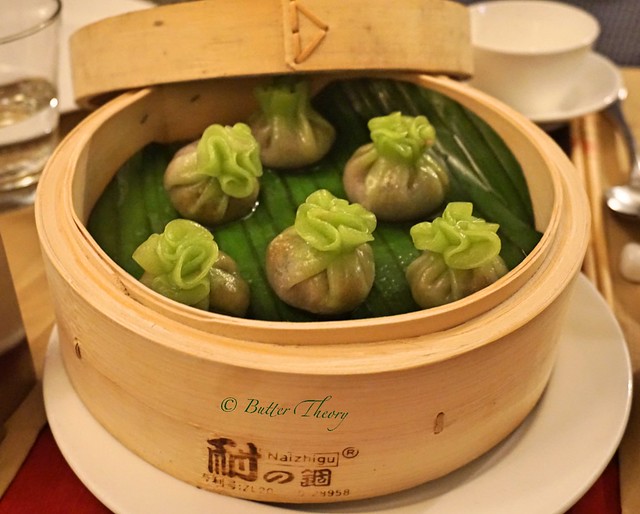 Bok choy and mushroom momo was the first of the dim sums that we had. Bok choy is a type of Chinese cabbage.
It’s got a twin layered batter. First layer is regular white batter that you’re so used to seeing everywhere. Second one is spinach infused batter. Both are rolled together. The filling was mushrooms and soya. This one was served with chilly soya sauce. 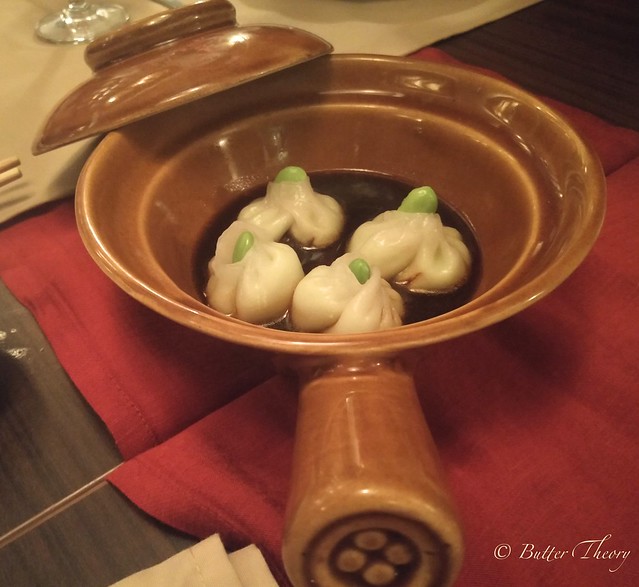 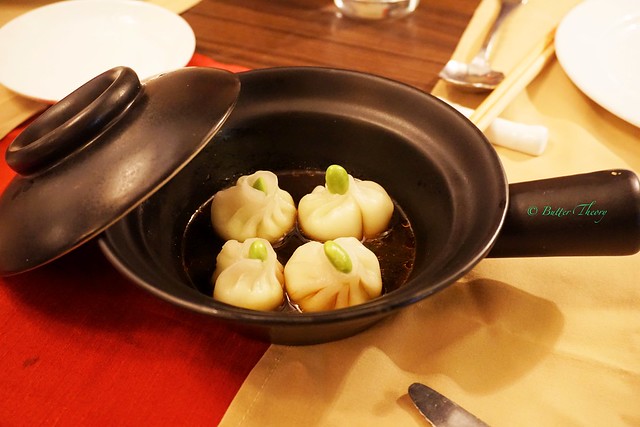 Edamame and truffle dumplings were the next dim sums we had. The presentation was brilliant. The filling was primarily edamame(immature soya beans). This dish is a hugely popular dish in the whole of South East Asia. The dumplings are served on a bed of White truffle oil, which is also drizzled on top. I just did not like this one. I am no fan of Edamame and this is due to the texture, which just wasn’t easy to gulp down. 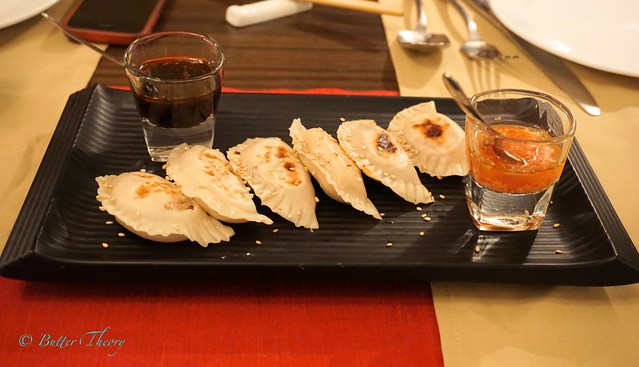 Chicken pot stickers were in the shape of our very own Indian dish Gujiya! This dish had chicken filing with sesame seeds on top, and was served with 2 sauces; the regular soy and honey chilly. This dish was a hit amongst all of us! The flavors were more relatable to us. 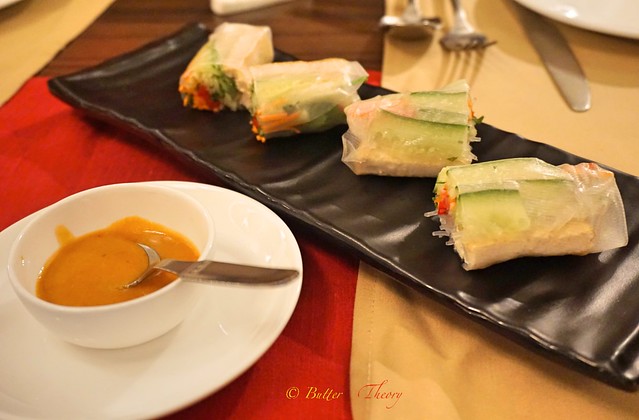 Vietnamese spring roll was a cold dish which was looked like a work of art! The veggies were delicately wrapped in paper thin rice rolls. I thought this was a very healthy dish and was fresh and how! The veggies were Cucumber, carrot and tofu. This dish was served with Hoison Peanut & Mustard sauce. The sauce was pungent and was a perfect combination with the roll.

Take a look at how delicate this is! 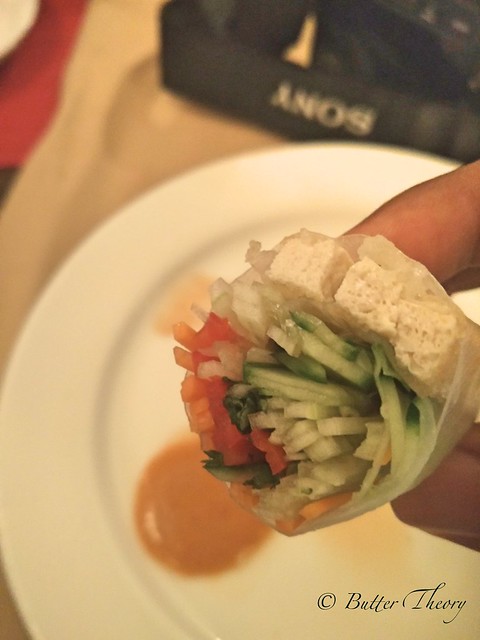 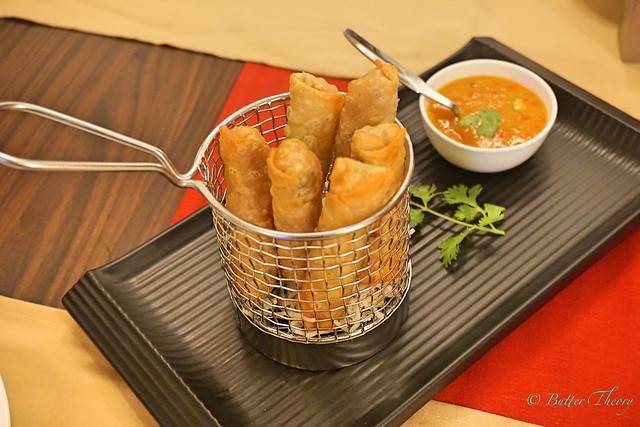 Spring roll is one of those Chinese dishes that was adopted very early in India! Chicken and prawn spring rolls were served with mango chilly dip. Nothing fancy about this one. It delivered what it promised. The sauce was quite good. Most of the dishes had a sauce that was the perfect wingman! 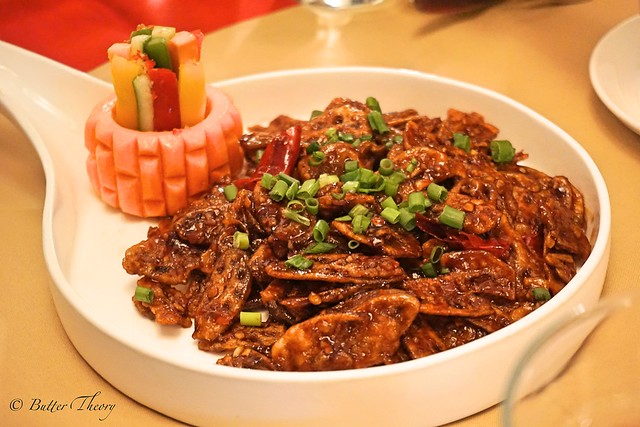 Crispy lotus stem is something I had never heard of and wasn’t very keen on having. This was made for one vegetarian friend who was bored for a while when a slurry of non-vegetarian dishes were coming to our table!
One bite of this and you’ll love this dish forever 🙂 The crunch and the spices were well balanced. We kept getting this plate empty from time to time asking around “Is it over ? One more plate? “ 🙂

It’s like someone you met for the first time, weren’t really interested in them. But when you actually talk to them for a minute, you know they’re the one for you 🙂 That’s what Lotus stems are for me 😉 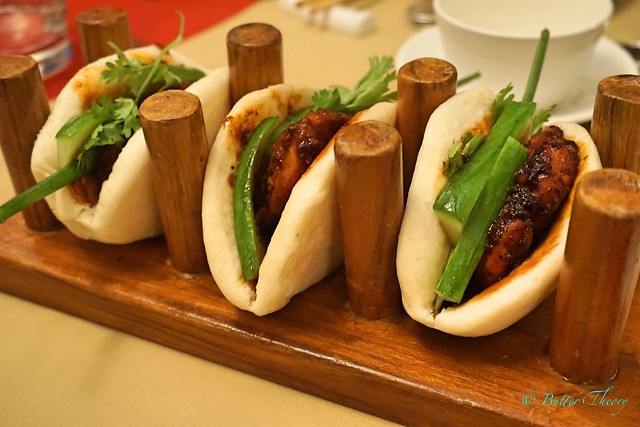 Why on Earth would you call this bao dish, a Fatty Bao? A dig at another restaurant in Bangalore? 😛 The chicken fillet was spicy and just how I’d like them to and was placed along with some pickles inside steamed buns. I loved this dish as well and I had a couple of these baos 🙂 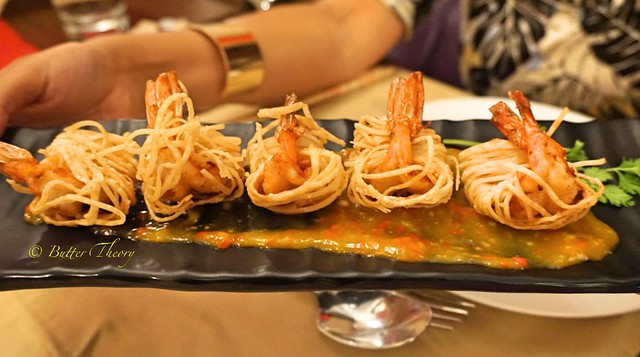 The concept of Prawn noodles wasn’t new to me. I had seen this at My Cousin’s Place in Electronic city. Prawns are covered with crispy noodles. This dish is a three layered beauty! The prawns are laid on a base of thick mango sauce and top there’s some chilly sauce added. 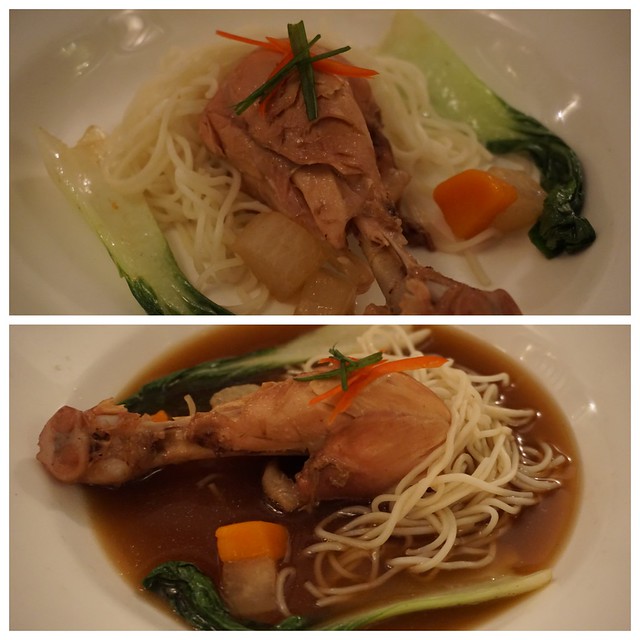 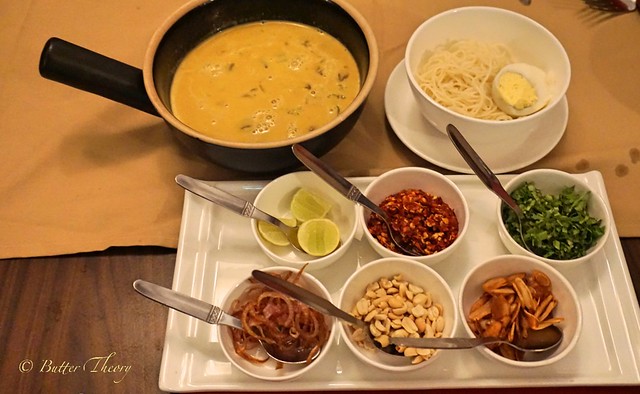 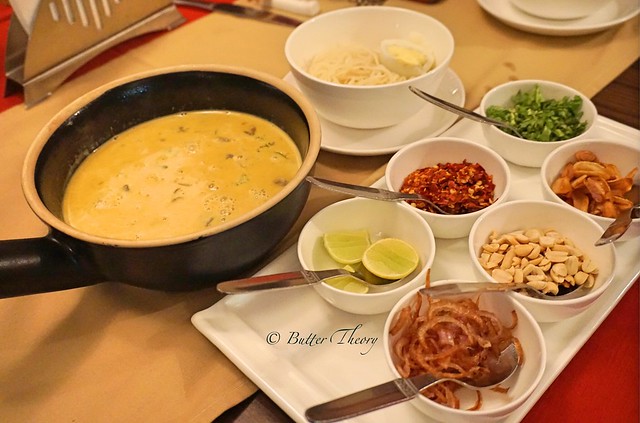 Khao Suey is a Burmese noodle dish which is primarily a coconut milk based soup with some noodles and meat. There’s also a dash of lemon that’s added on top to add a zesty flavor to it!
At Hunan, we had a khao suey which was presented very well. the various elements of Khao suey were served separately. We had a bowl of noodles with a boiled egg, the coconut milk soup with diced chicken and a bunch of garnishing options! The garnishing options included some lemon, onion and peanuts.
I’ve been a big fan of Khao suey since the time I first had it in a pub in Indiranagar! This was one excellent too! 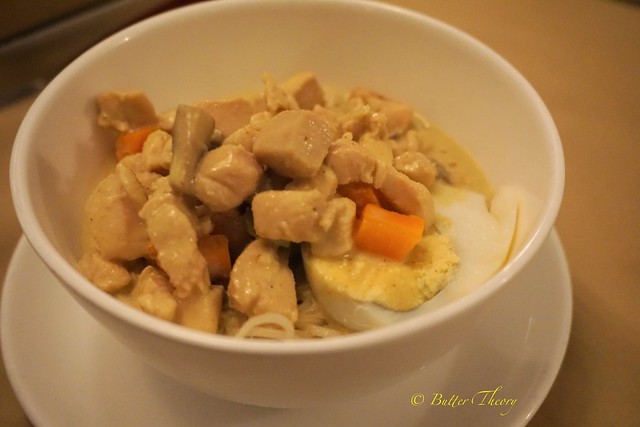 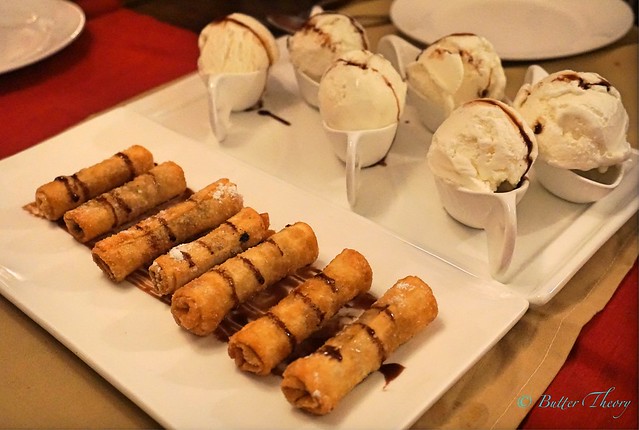 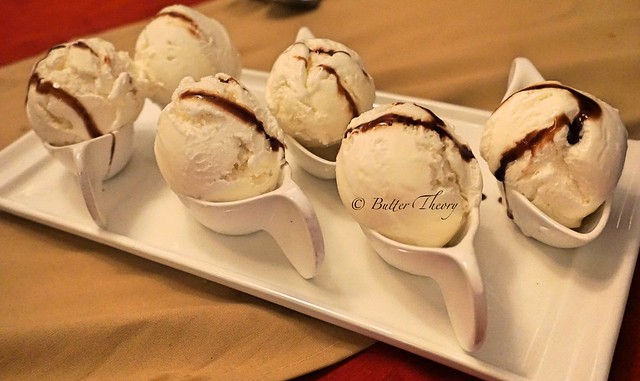 Service is slow here. We took about 3 and a half hours to complete our elaborate dinner. This has got a lot to do with the vast number of dishes we had during our tasting session. When you go here by yourselves, I’m expecting it to be self paced. The staff here is very courteous and some of them know the dishes very well. Everyone at the tables around us were given a good treatment!

This festival is running until the 30-Aug-2016. Hurry up and visit Hunan to enjoy all the dishes I mentioned in this post 🙂