Caperberry is the brainchild of Abhijit Saha, Founding Director and Chef of Avant Garde Hospitality Pvt Ltd. Caperberry is a Signature restaurant which focuses on dishing out modern European dishes, with a very creative touch to it!

Caperberry was launched back in 2008 at Dickenson Road and in 2014, it was moved to UB City, in the luxury mall. It’s new location is right next to the Fava. If you were wondering if Fava is also owned by Chef Saha, you’re right! Chef Abhijit Saha owns both these places and it’s fitting to have both these places under one roof 🙂

The restaurant is of premium international quality and almost all of the dishes on the menu were crafted by Chef over the various years of his culinary journey 🙂 The restaurant is famous for incorporating molecular gastronomy, which is nothing but blending physics and chemistry to transform the food into something very breathtaking 🙂

The restaurant offers not only an A la Carte option, but also set Degustation(small portions of many dishes) menus to choose from. There are separate vegetarian and non-vegetarian menus, so all you vegans need not worry 🙂 Each of these degustation menus are 9 course meals, which will take you to a whole new level of foodgasm 🙂

I was here with a few other food bloggers, as part of a food walk spanning 2 days and this was out pitstop #2, after Fava ! Let’s take a look at what we had !

Espuma is the Spanish word for foam or froth. This dish was an absolute delight to our eyes 🙂 This was served in a glass box with the lid on! The chef came and opened the lid in front of us, and there was this smoke coming out of it! The aroma of the herbs with which it was smoked came through and we were blown away, quite literally 🙂
The dish is basically a combination of bell peppers, sesame seeds paste, togarishi( japanese condiment ), cumin, almond and sesame oil. It’s a very interesting dish which is basically just foam with extremely well balanced spices! 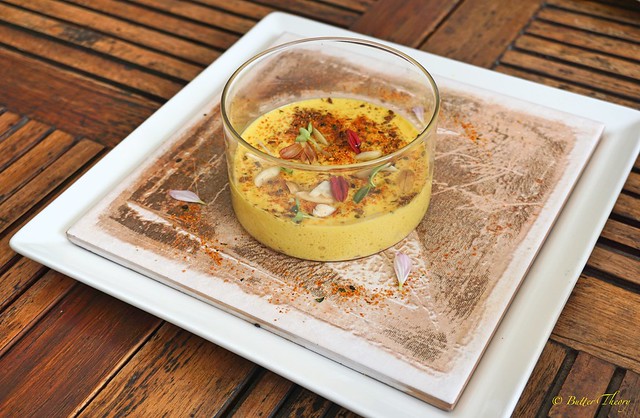 The same dish that you saw above was also created for us non-vegetarians 🙂
It had the Salmon Roe in the dish.
Roe is fish eggs. In Europe, however, the term caviar is reserved exclusively for the roe of sturgeon. Roe from other fish must be called caviar substitute.Salmon eggs are orange-red in color. When they’re burst, they release a very sweet oil. It was a very unique dish once again! I quite liked it 🙂 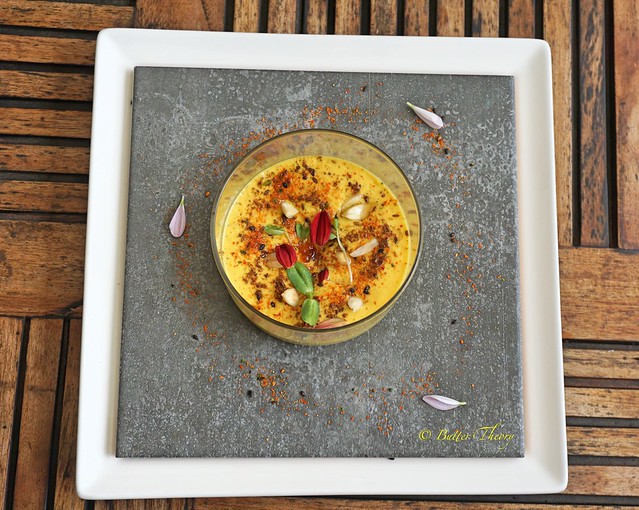 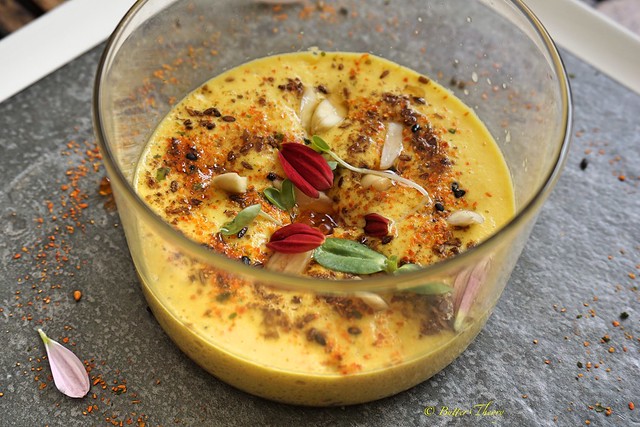 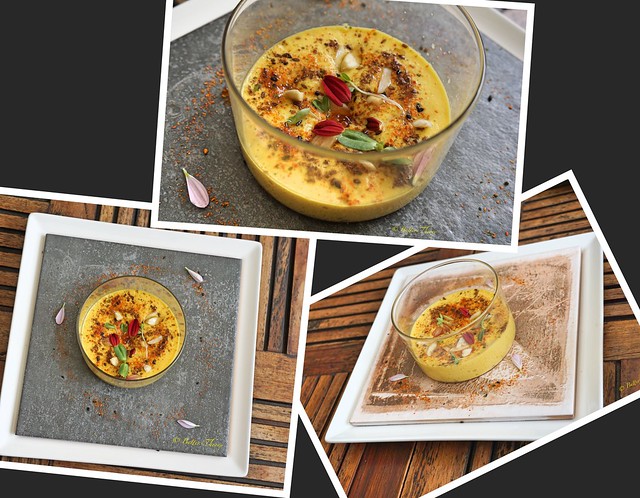 Al Ajillo in spanish is food which is sautéed in garlic, shrimp, and oil.
This was a chicken dish that was quite spicy in taste. It was served in skewers along with cherry tomatoes ! 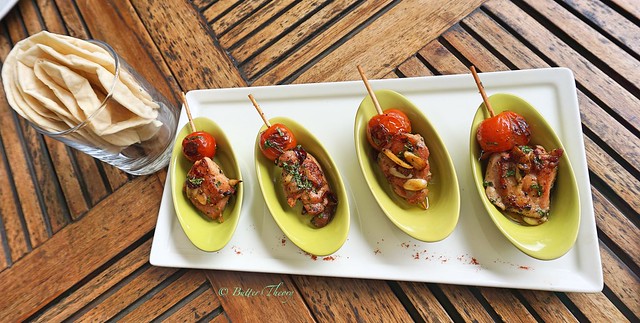 My tryst with Paella goes back to the one I had at Soho St. Paella is a spanish rice, usually bomba rice . Paella is a Valencian word which means pan. Paella is cooked in a pan! It’s rice cooked with veggies and (optionally)meat.

The paella that we had here was a deconstruction of all the elements of the paella. We could see the sticky bomba rice with veggies on top! It was a very classy dish which again showed the masterclass of the chef ! 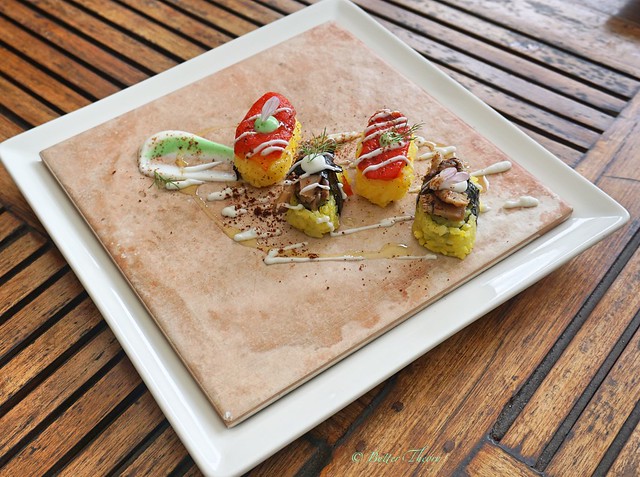 The seafood paella is a very popular dish in all of Europe, but popularized by Valencians on the Mediterranean coast. The seafood is usually served in shells.
Here, it was great to see some seafood like the prawns and fish on bed of nicely shaped rice cutlets! I was blown away by the presentation as well as the taste of this dish. The rice was perfectly cooked and tasted just like how sushi would 🙂 No wonder this dish is often termed as an imitation of sushi 🙂 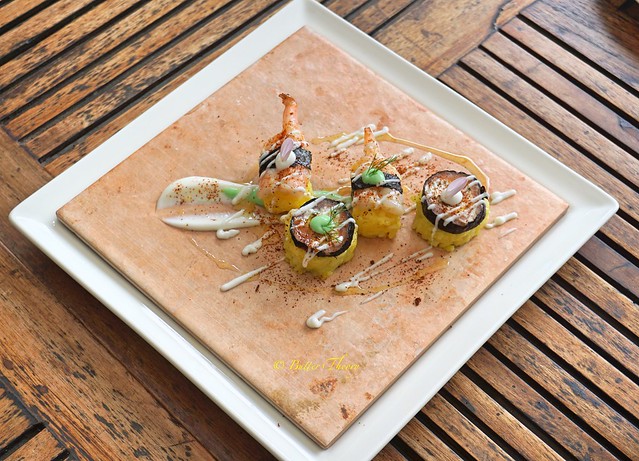 Caperberry has a very limited seating capacity and you’d be better off reserving a table before heading over ! We had a great time trying out some of the signature dishes from Caperberry. As always, I’d like to come back to try some more delicacies as there’s a lot more that Caperberry has to offer 🙂