Jackfruit365 is a venture that was started by Mr. James Joseph. Before founding Jackfruit365, he worked in Sales & Marketing roles in reputed MNC’s like Microsoft, Ford and 3M. He’s been watching the food space for quite sometime and he’s been very focussed on health( he does look extremely fit and healthy !! ). Why does he look fit & healthy? Does he follow a diet? No! Well he’s got a secret that he’s willing to share with the rest of the world!! Go on, read more to know what that secret is !! 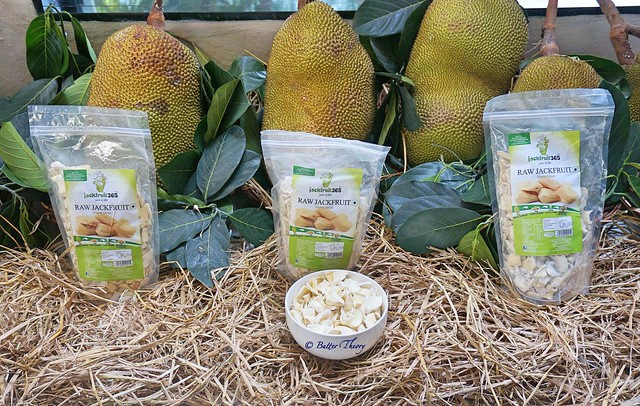 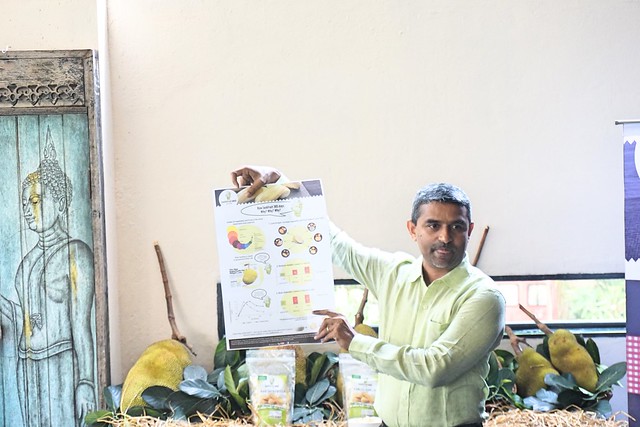 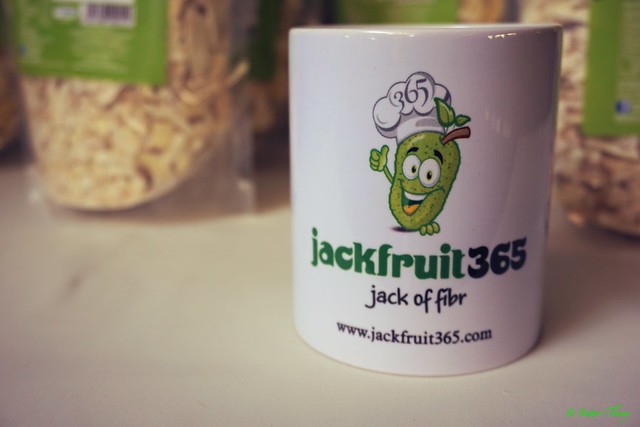 Jackfruit365 is actually a product that’s freeze dried jackfruit. What really is freeze dried? Let me enlighten you 🙂 Freeze dried is a process that’s predominantly being used to preserve something that’s easily perishable. In this process, you would freeze the material first and then reducing the surrounding pressure which allows the frozen water inside the food to turn to vapor!

Well jackfruits are known for their amazing health benefits. Some of which are:

Jackfruit is an good source of Vitamin C with a content of 13.8g /100g . Vit C does help in fighting against the free radicals which are associated with natural processes like aging, diseases like cancers/tumors. Wanna look young with radiant skin? Get some anti-oxidants will ya? 🙂

High energy, but little to no fats!

Jackfruits have a lot of carbs and calories, but doesn’t come with any fats(very minimal). This is a big plus. Just the way Casein protein works, this is also a slowly release substance. I use Casein protein for slow( through the night protein supply) to my body. This is similar in the case of jackfruits. The sugars are provided very slowly to the body. This makes it very low in glycemic index. The diabetics will greatly benefit from incorporating jackfruit in their daily diet!

Now, when you’re leading a sedantary lifetyle, digestion becomes a big pain in the ass( quite literally ! ) 😛 . Jackfruit has a high amount of fiber, that helps in digestion! That doesn’t mean you start being inactive. Always include a good 7000 steps a day to lead a healthy lifestyle!

High in Vitamin A.

Jackfruit is a good source of Vitamin A which protects eyes from infections, improves eye sight. Ditch the carrots, pick jackfruits !!

Jackfruits contain calcium and iron that help in maintaining a good bone density and blood health!

All of us love the ripe jackfruit, that’s juicy, sweet and just a bit tangy, which makes us think of it as a cross between mango and pineapple!

Would you ever think that jackfruit could be incorporated into your everyday meals? I wouldn’t have thought so even in my wildest imagination!!

I was invited to this beautiful restaurant called 12th Main, which is part of the Grand Mercure property in Koramangala. There were few other food bloggers from Bangalore that were part of the invite list. 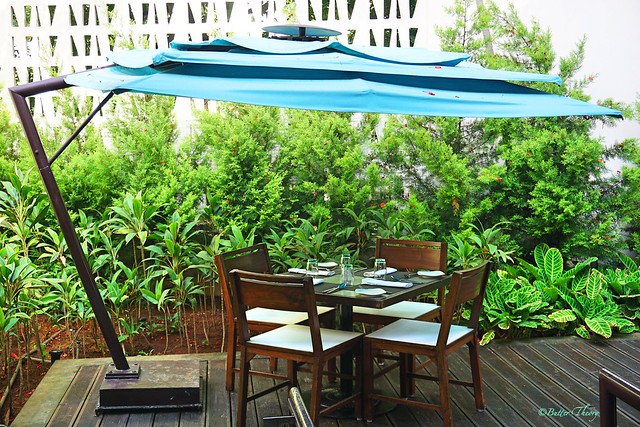 Mr. James Joseph was kind enough to walk us through the various benefits of using jackfruit in your everyday food dishes! The Executive chef of Grand Mercure, Mr. Sridhar Sigatapu worked with James, to curate a breakfast menu that had jackfruit in every single dish 🙂

The most beautiful thing about infusing jackfruit into the various flours( wheat/maida/rice) was that it did not alter the real taste of the flour. You’d basically let jackfruit contribute 30% to the total quantity of the flour. You’d wonder how you can add jackfruit to a flour? The freeze dried jackfruits that Jackfruit365 sells can also be easily ground to a powdery form, that can be mixed with any flour! What this does, is that you’d be able to eat as much as you’d normally do, but just not having to worry about the sugar levels spiking up 🙂

Our tasting session started with a beautiful jackfruit smoothie 🙂
The smoothie was very good to taste, with a very mild taste of jackfruit in it. We couldn’t have asked for a better start!! 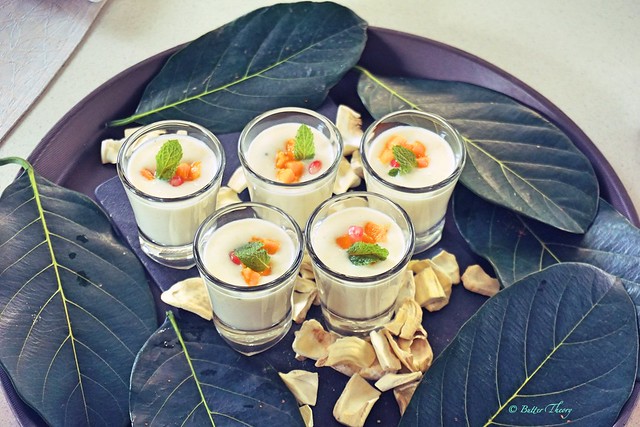 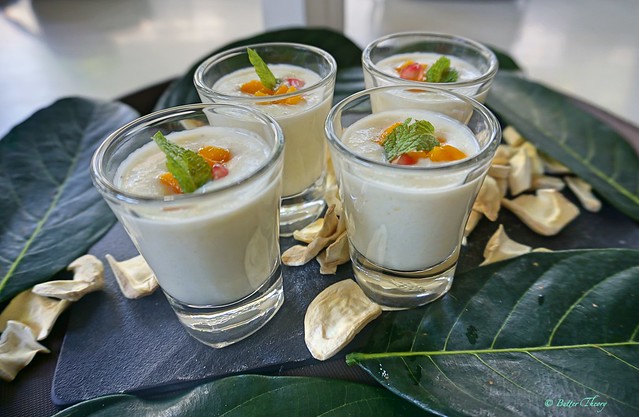 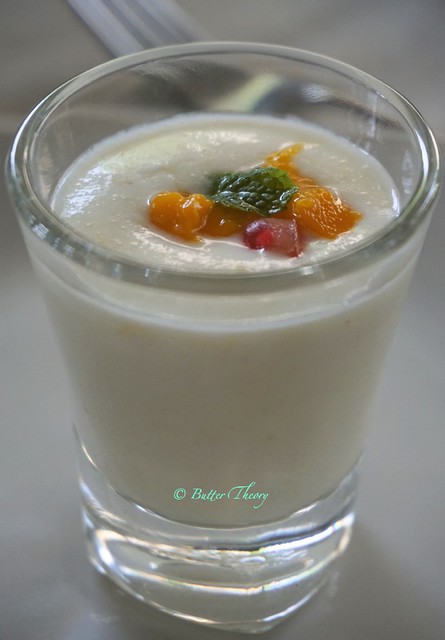 I was truly taken aback by the sheer quality and taste of the dishes that had jackfruit. Some of the dishes that left me wanting for more were the Vegetarian Galouti kebabs! It tasted just like the mutton kebabs 😉
Next up was the Deep fried Potato Dumpling( Aloo Bonda / Batata Vada) . I’ve actually not had the chance to eat one of these in quite sometime and I was quite happy to have this! The batter had jackfruit in it! That made this slightly healthier in nature 🙂 We had some of the most common breakfast dishes that you’d see in South India, infused with jackfruit in it. That goes to show, how simple it is to get the benefits of jackfruit, without changing your diet even 1% ! 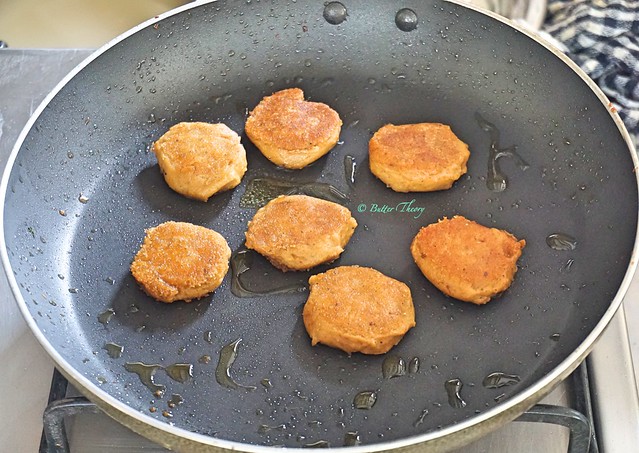 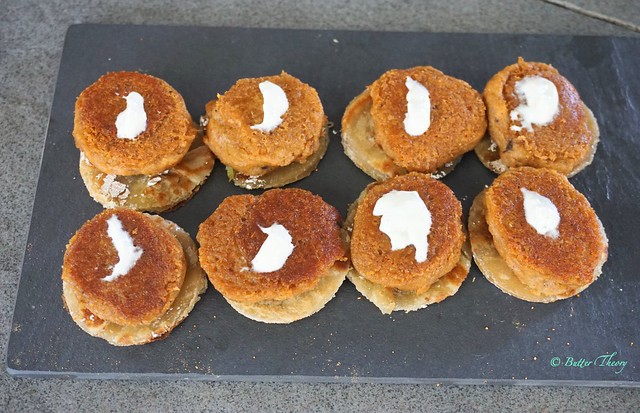 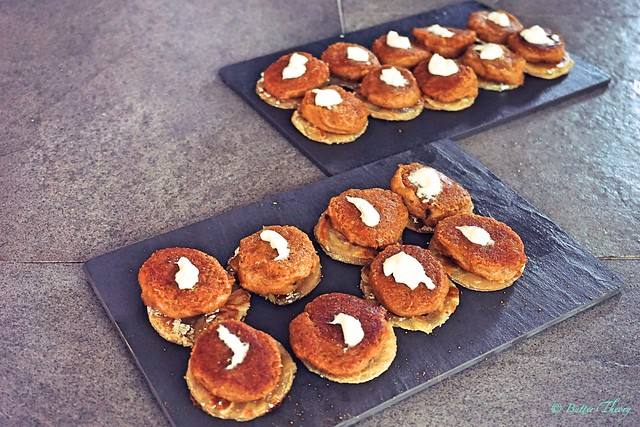 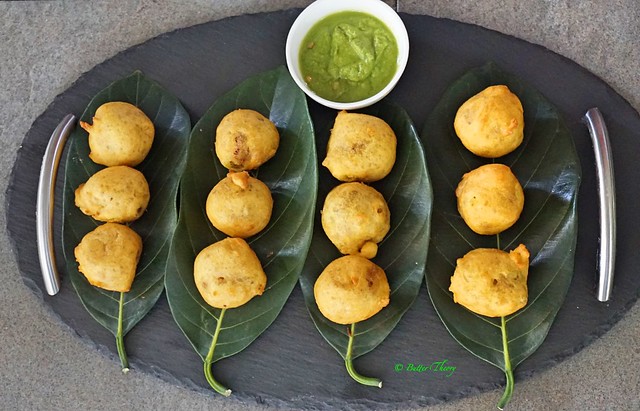 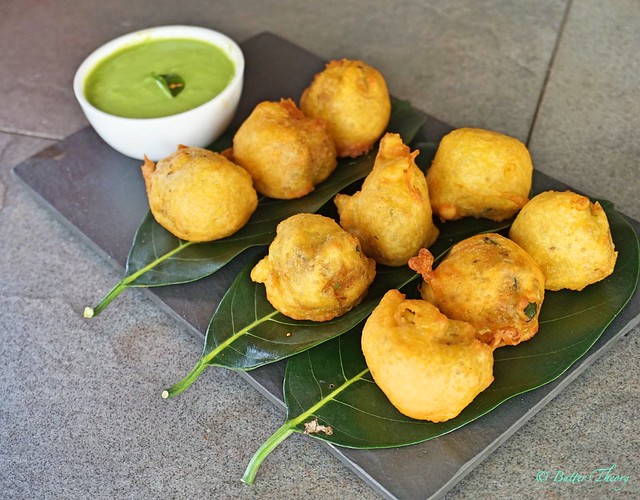 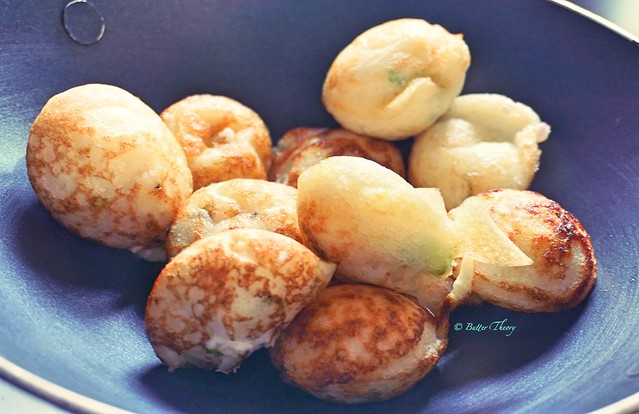 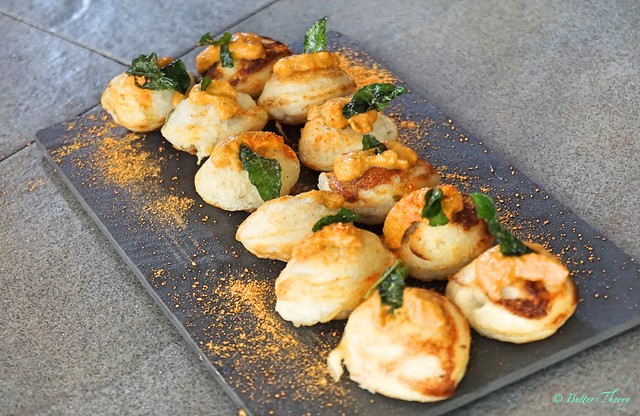 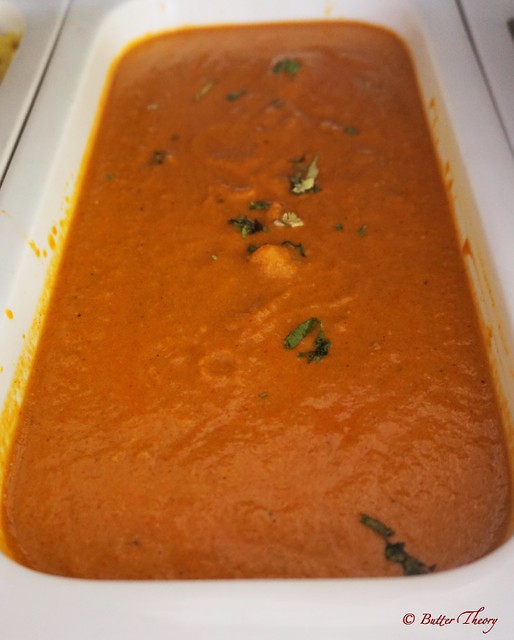 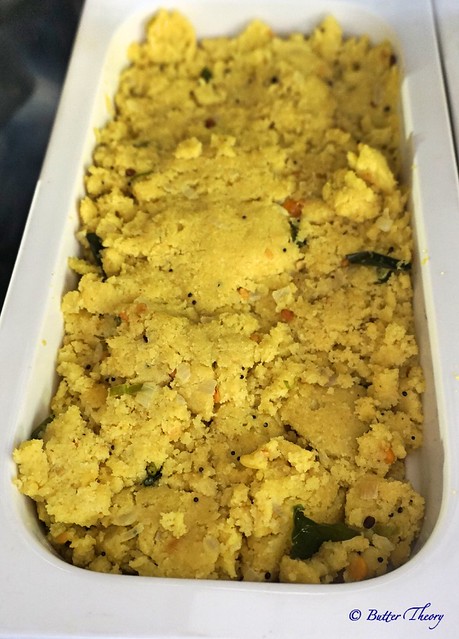 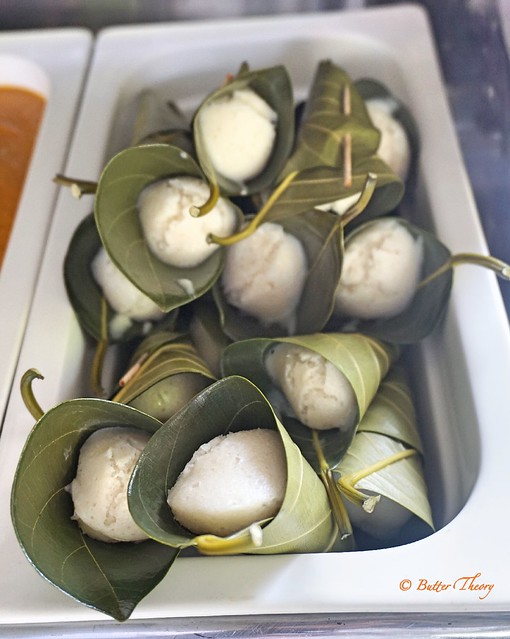 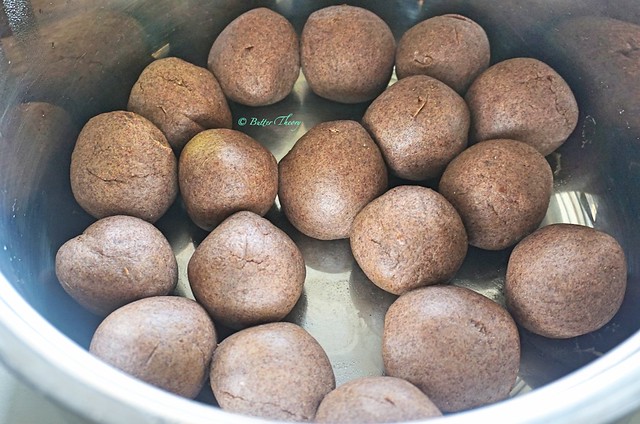 I’ve been following a gluten free diet for the last 3 years and this event couldn’t have come at a better time, where I’ve been looking for this motivation to go on with the boring gluten free diet 🙂
I spoke in detail with James and explained to him that I’ve quite gluten(mainly seen in wheat), which is a very bad thing to consume! He seemed to have a great deal of knowledge w.r.t gluten free diet and encouraged me to continue it 🙂 Rice( and it’s derivatives ) is mostly what I survive on, when I dine out, and it’s not really a healthy option. So, if I ever get diabetic, I’m gonna have to give up my gluten free diet, or probably refrain from white rice 🙂 I’ve been having brown rice to get more fiber and less of the carbs that white rice has. But, I’m sure including the jackfruit365 into the rice flour is going to give me a balanced diet!! I’m also going to let my father use this product as, he’s diabetic !!

It is now available on Amazon (http://www.amazon.in/dp/B01BOW8MAM)